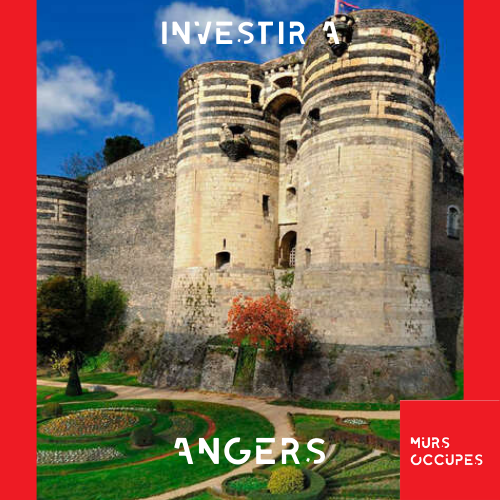 Angers, the eighteenth most populated city in France, it has an interesting position, since it is located between Nantes and Paris. It is in the Pays de la Loire region and is the prefecture of the department Maine-et-Loire (49).

The Anjou metropolitan area is served by 3 motorways, namely: A11, A85 and A87 and many national ones. The urban transport network of the agglomeration is made up of about thirty bus lines. The rail network links to the TGV Angers in Paris.

The city is also connected to Nantes, Lyon, Orléans, Le Mans, Cholet among others. The city also has its airport as well. Many cycle paths are made available to Angevins. There is also a lower river traffic than in the XIXth century.

The economy of the agglomeration rests on two strong sectors in particular, namely: advanced electronics, the city is since 2015 "city of the connected object", but also on horticulture. There are 30,000 jobs in this sector, with a global competitiveness cluster in the “Végépolys” plant It includes companies such as PSA, Samsic, Groupe Le Duff and even Orange.

The city center, on the left bank of the Maine, is home to many shops within it as well as the city's institutions.

The city of Angers welcomes around 35,000 students, specializing in plants.