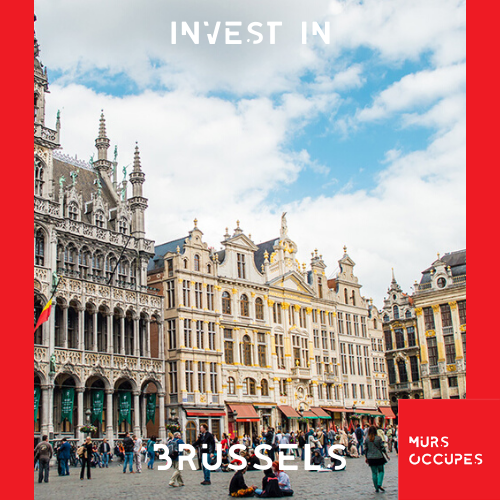 Brussels, capital of Belgium, it is located in the north of Europe, it has a strategic position in Europe, since it is a crossroads between France, England, the Netherlands and Germany. It is located in the Brussels-capital region.
Its municipal population was 183,287 inhabitants in 2017 and is part of the urban area of ​​Brussels (called Brussels capital) with a population of 1,211,026 inhabitants in 2020.

Ideally located, Brussels is served by three road peripherals: the ring, the large belt and the small belt.
The urban transport network of the agglomeration is made up of tram lines, 6 metro lines and numerous bus lines.
The rail network is not to be outdone, with the Thalys which links Brussels to Paris, Lille, Amsterdam and Cologne and the TGV which links the classic cities: Montpellier, Lyon, Marseille, Strasbourg, Lille ... etc.
The city also has three airports, one of which is almost exclusively military.
River transport is also present there with two interconnected canals serving the second port of Belgium.

The capital of Brussels has a prosperous economy with a part of its wealthy population composed among others of lobbies, politicians, industrialists and other entrepreneurs.

The city has a very dynamic city center with many department stores, and also its new street gallery, one of the most commercial arteries in Europe.

The city of Brussels welcomes many students (around 145,000). These include: 3 major universities, Boston University Brussels, and many other institutions.