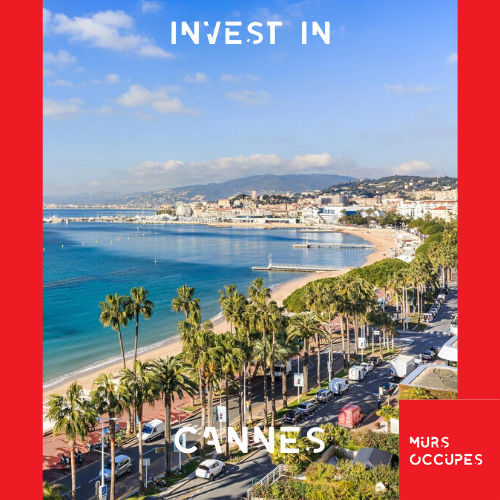 Cannes, ideally located on the shores of the Mediterranean, in the Alpes Maritimes (06) department, PACA region.
It is part of the Cannes-Antibes area whose population was 401,174 inhabitants in 2007.
Its municipal population was 73,866 inhabitants in 2017.
The neighboring municipalities of Cannes are: Le Cannet, Vallauris, Mandelieu La Napoule, La Roquette sur Siagne and Mougins.

Cannes is served by the A8 motorway, as well as by the old national 7.
The urban transport network of the agglomeration is made up of bus lines.
The rail network links Marseille on one side and Ventimiglia on the other.
The city also has its airport for business and tourism aviation as well as a helipad, and is also located 20km from Nice International Airport.

The agglomeration’s economy is largely based on the aeronautical sector, its Cannes Mandelieu space center, its large hotels, casinos and tourism.
Among other things, we find Thalès on the territory.

Part of the city is classified as an international tourist area, which allows it to depart from Sunday rest for the businesses concerned.

The city of Cannes does not have a very large higher education offer, there is a university institute of technology attached to the University of Nice Sofia Antipolis.

There are 98 hotels in Cannes, where the average hotel night costs € 163. There are also 728 restaurants in which the average budget is € 15