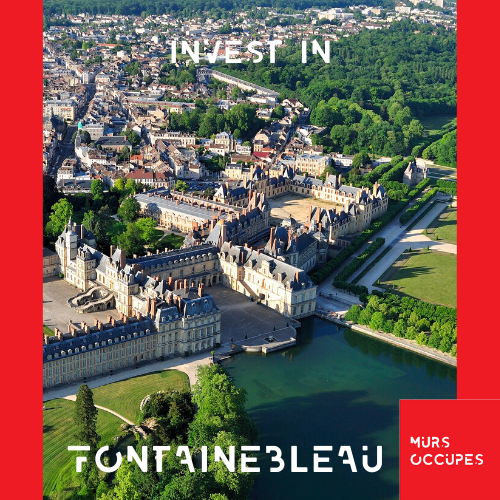 Fontainebleau, is located 57 km south-east of Paris, and is part of the Fontainebleau-Avon agglomeration.
It is part of the Ile de France region and is the sub-prefecture of the Seine-et-Marne department (77).
Its municipal population was 14,886 inhabitants in 2017 and is part of an agglomeration made up of a population of around 30,000 inhabitants.
The neighboring municipalities of Fontainebleau are: Bois-le-Roi, La Rochette, Samois-sur-Seine, Avon, Thomery, Montigny-sur-Loing, Moret-Loing-et-Orvanne, Ury, Recloses, Bourron-Marlotte, Achères- la-Forêt, Noisy-sur-Ecole, Arbonne-la-Forêt, Saint-Martin-en-Bière, Chailly-en-Bière, Barbizon, Villiers-en-Bière and Dammarie-les-Lys. Melun is also located near Fontainebleau.

Fontainebleau is served by the A6 motorway.
The urban transport network of the agglomeration is made up of bus lines.
The rail network links Fontainebleau to Paris. The city is also connected to Montargis and Melun.
The city center is limited to 30 km / h to encourage movement on foot and by bicycle.

The city has a commercial artery in the city center, the large street, 2,600 meters long, where many shops are located.

Fontainebleau has the best business school in France and one of the best in the world: INSEAD.

There are 8 hotels there where the average budget per night is € 131. Then there are also 97 restaurants where meals cost on average for € 15.