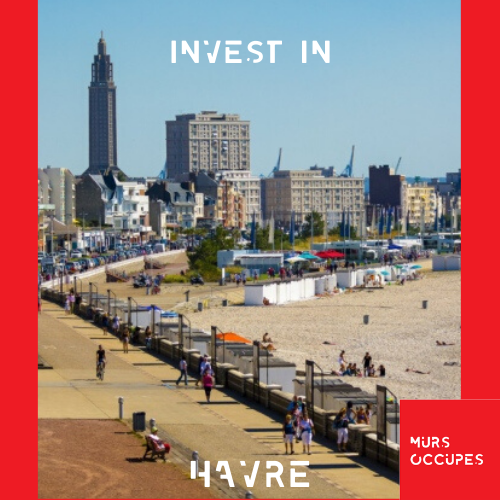 Le Havre, the fifteenth most populous city in France, it has an interesting position, since it is close to Paris, but also close to Germany, Belgium and Luxembourg.
It is in the Normandy region and is the sub-prefecture of the department of Seine-Maritime (76).
Its municipal population was 170,147 inhabitants in 2017 and is part of an urban area composed of a population of 290,684 inhabitants in 2015.
The neighboring municipalities of Le Havre are: Fontaine-La-Mallet, Montivilliers, Harfleur, Gonfreville-l'Orcher, Honfleur, Sainte-Adresse and Octeville-sur-Mer. Deauville is also located very close to Le Havre.

The metropolitan area of ​​Le Havre is served by 3 motorways, namely: A13, A29 and A131 and many national roads.
The city's urban transport network is made up of bus lines, a tram and a funicular.
The rail network links to the TGV Le Havre in Paris. The city is also connected to Rouen, Mantes-la-Jolie, Versailles, Massy, ​​Lyon, Avignon, Aix-en-Provence, and Marseille among others.
The city also has its airport as well.
Many cycle routes are available to Le Havre.
There is also significant maritime traffic.

The agglomeration’s economy is based in particular on its port. It is the second in France after Marseille. It has a strategic geographic position since it is at the heart of Northern Europe and in particular close to England, Belgium and the Netherlands in particular.
It includes companies such as Renault or Total.

In the district of the old center, there are many shops in the main arteries.

The city of Le Havre welcomes around 12,000 students, with its university and its private schools.