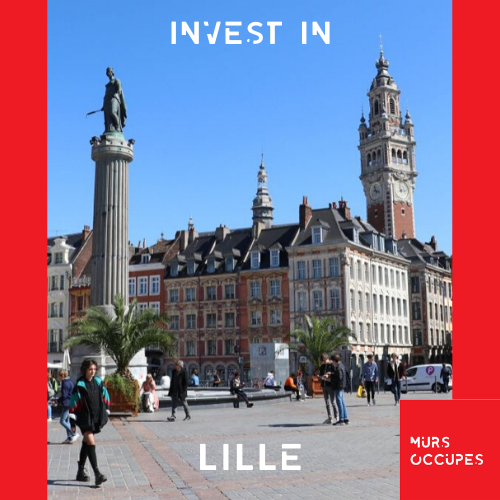 Lille, the tenth most populous city in France, it has an interesting position, since it borders Belgium, located in a very dynamic economic area.
It is the capital of the Hauts de France region and prefecture of the Nord department.
Its municipal population was 232,787 inhabitants in 2017 and is part of an urban area composed of a population of 1,182,127 inhabitants in 2017.
The neighboring municipalities of Lille are: Saint André lez lille, La Madeleine, Marcq en baroeul, Mons en Baroeul, Vileneuve d´Ascq, Lezennes, Ronchin, Wattignies, Faches-Thumesnil, Loos, Sequedin. The towns of Arras, Croix and Cambrai are also nearby.

The Lille metropolis is served by numerous highways.
The urban transport network of the agglomeration is made up of numerous bus lines.
The rail network connects with the TGV Lille in Paris, as well as in Brussels. The city is also connected to the main French cities. The Thalys network further increases the rail offer.
The city also has its international airport, serving major French cities as well as the main European capitals in particular.
A fleet of self-service bikes is available to Lille residents.

The economy of the Lille metropolis is largely based on strong sectors such as finance (Third financial center of France), research, or even tourism.
Its border location gives it an undeniable advantage.

The trade occupies an important place there, all the big signs are present there, and some were even born in Lille like Boulanger or the bakeries Paul.

The city welcomes around 70,000 students, making it the 3rd largest student city in France. These include : the University of Lille, and many private institutions such as EDHEC or SKEMA.

There are 1,253 restaurants in Lille for an average budget of € 12.50. Regarding hotels, there are around fifty for an average price per night of € 103.