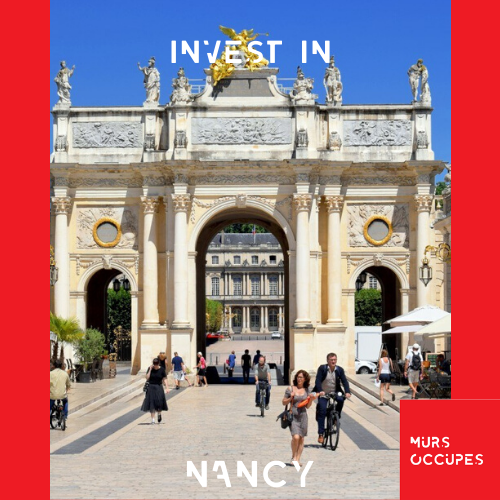 Nancy, located in eastern France, is the twentieth most populous city in France.
It is part of the Grand-Est region and is the prefecture of the department Meurthe-et-Moselle (77).
Its municipal population is 104,286 inhabitants in 2017 and its urban area has a population of approximately 435,356 inhabitants.
The neighboring municipalities of Fontainebleau are: Malzéville, Saint-Max, Tomblaine, Jarville-la-Malgrange, Vandoeuvre-lès-Nancy, Villers-lès-Nancy, Laxou, Maxéville. Metz is 48 km from Nancy.

Nancy is served by the A31, A33 and A330 motorways.
The urban transport network of the agglomeration is composed of bus lines of a tram.
The rail network links Nancy to Paris by TGV in just 90 minutes.
A short and long term bicycle rental system is also in place.
Nancy has its regional airport shared with Metz, as well as an airport for business and tourism aviation.
River traffic is also important, the city is located on a node of several river.

Nancy’s economy is based, among other things, on finance, it is the 5th largest financial center in France, and also on tourism due in particular to its border position with Germany, Luxembourg and Belgium.

The city has a commercial artery in the city center, where many shops are located there.

Nancy welcomes around 50,000 students at the University of Lorraine in particular, but also in its many engineering schools.