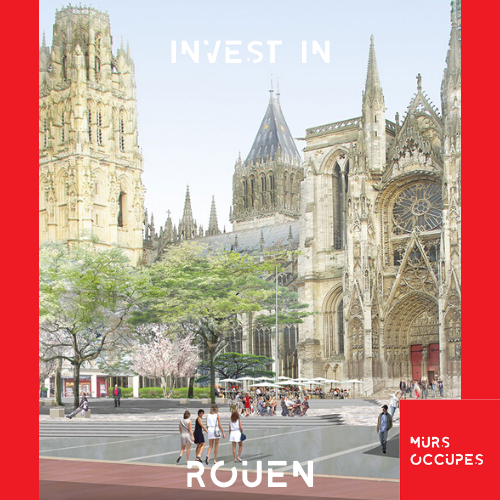 Rouen, located in the north west of France, it has an interesting position, since it is close to Le Havre and the North of France, and not far from Paris.
It is the capital of the Normandy region and is located in the department of Seine Maritime (76).
Its municipal population was 110,145 inhabitants in 2017 and is part of an urban area composed of a population of 663,743 inhabitants in 2016.
The neighboring municipalities of Rouen are: Bois-Guillaume, Bihorel, Saint-Martin-du-Vivier, Darnétal, Saint-Léger-du-Bourg-Denis, Bonsecours, Sotteville-lès-Rouen, Le Petit-Quevilly, Le Grand Quevilly, Canteleu, Déville-lès-Rouen and Mont-Saint-Aignan.

The Rouen metropolitan area is served by 1 highway, namely: A13, A28, A150, A151 and A154 and many national roads.
The city's urban transport network is made up of 2 tram lines and 34 bus lines.
The rail network makes it possible to connect with the TGV Rouen in Paris. The city is also connected to Amiens or Mantes la Jolie.
The city also has its national airport.
A fleet of self-service bicycles is available to Rouennais.

The agglomeration’s economy is largely based on its port activity, the 5th largest port in France, the leading French for cereals.
It includes companies such as Matmut, Ferrero France and even Mamie Nova.

The city of Rouen welcomes around 27,000 students, with its university and its many private schools, notably the IAE of Rouen or NEOMA Business School.

There are 570 restaurants for an average budget of € 15. Also, there are 36 hotels spread across the city where the night costs an average of 85 €.