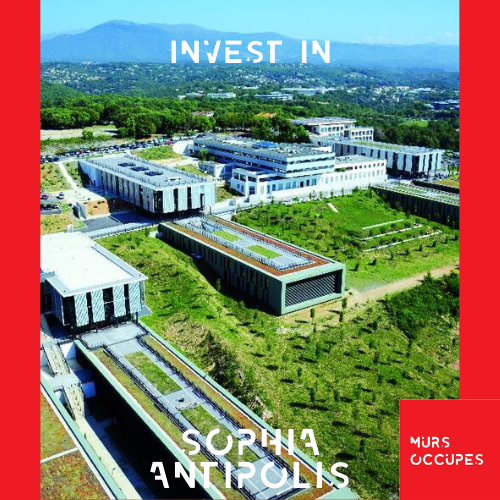 Located in the Provence Alpes Côte d´Azur (PACA) region in the Alpes-Maritimes (06) department, Sophia Antipolis has a population of around 9,000. It is partly built on the cities of Antibes, Biot, Valbonne, Vallauris and Mougins.
First technopole of France and Europe founded in 1969.

Transport is currently not very developed despite the proximity of Nice international airport. Many development projects are planned, including the development of a TGV station in Antibes.

Sophia Antipolis is one of 71 French competitiveness clusters and one of 18 French poles with a global vocation. 30,000 people work there every day.
There are large companies like Air France, Toyota, Carrefour and even Dassault Systems.

The trade is located in the city centers of the four municipalities.

Sophia Antipolis has nursery schools, primary schools, two middle schools and two high schools, one of which is international for technopole employees. Higher education has more than 5,000 students, the vast majority in computer science and research.

The average commercial rent in Sophia Antipolis amounts to 189 € m2 / year while the average rent for an individual will amount to 216 € m2 / year.