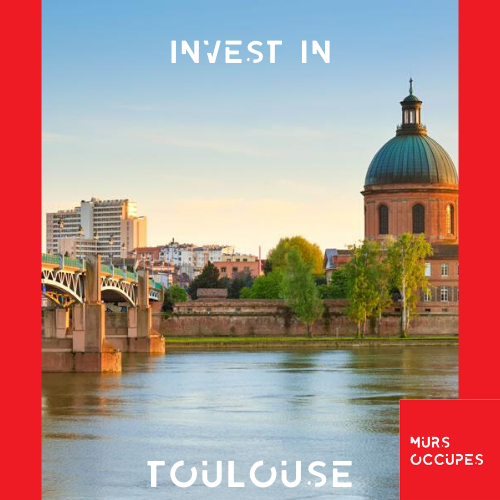 Toulouse, the fourth most populous city in France after Paris, Marseille and Lyon, it is located in the southwest of France, it has an interesting position, since it is close to the metropolises of Bordeaux and Montpellier, and not far from the Spanish border.
It is located in the Haute Garonne department (31).It is the economic and cultural capital of the Occitanie region.
Its municipal population is 479,553 inhabitants in 2017 and is part of an urban area composed of a population of 1,360,829 inhabitants in 2017.
Its neighboring municipalities are Cugnaux, Colomiers, Tournefeuille, Blagnac, Fenouillet, Launaguet, Balma and Labège.

The Toulouse metropolitan area is served by 6 motorways, namely: A61, A62, A64, A68, A621 and A624.
The city's urban transport network is made up of 2 tram lines, 160 bus lines and 2 metro lines.
The rail network connects Toulouse to Paris or Bordeaux mainly.The city also has its international airport, Toulouse Blagnac, serving major French cities as well as the main European capitals in particular.

The agglomeration’s economy is largely based on strong sectors such as aeronautics, space, electronics, pharmaceuticals and chemicals.
Large companies are installed there such as Airbus Group, Groupe Latécoère, ATR, Newrest, or the developer and builder GA.

The city is made up of many districts with different dynamises. Many projects are in the development phase, in a city repeatedly classified as the most dynamic city in France.

The city of Toulouse welcomes no less than 100,000 students, it is one of the oldest student cities in France. These include: the University of Nice Sofia Antipolis, the Institute of Business Administration in Nice, EDHEC and even SKEMA.