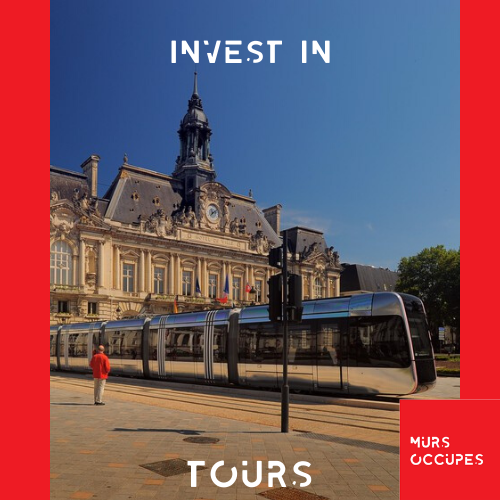 Tours, the eleventh most populous city in France, it has an interesting position, since it is close to Paris or Orleans in particular.
It is the capital of the Center Val de Loire region and is located in the department of Indre-Et-Loire (37).
Its municipal population is 135,787 inhabitants in 2017 and is part of an urban area composed of a population of 494,453 inhabitants in 2016.
The neighboring municipalities are: Mettray, Notre Dame d'Oé, Parçay Meslay, Rochecorbon, Saint Pierre des Corps, Saint Avertin, Chambray les tours, Joué les Tours, La Riche, and Saint Cyr sur Loire.

The metropolis is served by 3 highways, namely: A10, A28 and A85, as well as many national ones.
The urban transport network of the agglomeration is composed of 1 tram line and 46 bus lines.
The rail network links to the TGV Tours in Paris. The city is also connected to Poitiers, Bordeaux, Angers, Orléans, Blois and Nantes among others.
The city also has its international airport, serving major French cities as well as the main European capitals in particular.

The agglomeration’s economy is largely based on the health sector, but also telecommunications and IT.
It includes companies such as Orange and Bouygues Télécom.

The old Tours constitutes the hyper center and shelters there its downtown shops as well as an ancient built heritage to visit.

The city of Tours welcomes around 28,000 students. These include: the University of Tours, and many private schools.